I have a friend. His name is Jerry. Jerry comes over to our house almost every day. Sometimes twice or three times a day. I’d like to thank TNT for bringing him over.

Jerry and I have fun solving crimes and chasing down murderers. Or sometimes we vacation in the Catskills. He has a wealth of funny one-liners and puns that never fail to make me laugh. Sometimes Jerry brings his other friends to play, like: Jack and Ed and Mike and Anita. Other times he brings his daughter ‘Baby’ and we go dancing. Once, he brought his girlfriend the feather duster. 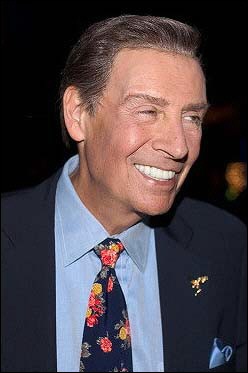 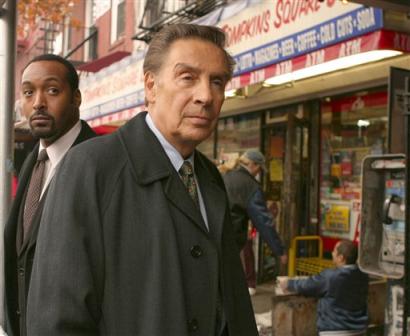 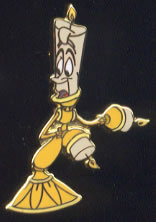 (feel free to eulogize Jerry in the comments!)

Check out this huge fleet of snow plows lined up on the Forest Street bridge over Route 128:

So the Christmas holiday gatherings are finally over. My parents, along with Mark and Kirsten escaped the Ohio storms and power outages and came up to visit us in Beverly Monday night and Tuesday morning. They were here for less than 24 hours, but we still had a ***great time|http://gallery.prwdot.org/christmas_beverly_2004***. Going backwards, Christmas Day was ***spent in Townsend|http://gallery.prwdot.org/christmas_townsend_2004*** with the Lowes. And Christmas Eve was spent in Shrewsbury with the Quitadamos (photos available in the Family album). All in all we had a great Christmas with our families. We gave some great gifts, got some great gifts, had some good food, and had lots of fun. Next up, ***First Night Boston|http://www.firstnight.org/***!

Happy Birthday to half of the reason I exist to make this blog post: 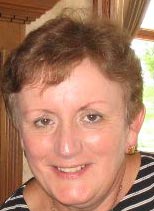 I am looking forward to seeing Mom on Monday evening when she, Dad, Mark and Kirsten arrive for a (regretfully short) post-Christmas visit to Beverly!

Merry Christmas to you and yours from the proprietors of World Wide Wood. We hope that you are able to spend the holiday with your loved ones. We are presently out in Townsend, Massachusetts with Ken, Dianne, and Corey, enjoying a relaxed and wonderful Christmas Day. We’ll be back later this weekend and we’ll have the family photo albums online, as well as a selection of photos for you non-family folks.

So, I was perusing my favorite crafty site, ***Craftster|http://www.craftster.org*** and I came across this little poem. Enjoy it on this Christmas eve!

The Knitters’ TWAS THE NIGHT BEFORE CHRISTMAS

‘Twas the night before Christmas and all around me
Was unfinished knitting not under the tree.

The stockings weren’t hung by the chimney with care
’cause the heels and the toes had not a stitch there.

The children were nestled all snug in their beds
but I had not finished the caps for their heads.

Dad was asleep; he was no help at all,
And the sweater for him was six inches too small.

When out on the lawn there arose such a clatter,
I put down my needles to see what was the matter.

Away to the window, I flew like a flash,
Tripped over my yarn and fell down with a crash.

The tangle of yarn that lay deep as the snow
Reminded me how much I still had to go.

Out on my lawn, I heard such a noise,
I thought it would wake both dad and the boys.

And though I was tired,my brain was a bit thick,
I knew in a moment,it must be Saint Nick.

But what I heard then left me perplexed-ed,
For not a name I heard was what I had expected

I know this is hard semi, it’s just your first year,
I’d hate to go back to eight tiny reindeer.”

I peered over the sill; what I saw was amazing,
Eight woolly sheep on my lawn all a’grazing.

And then,in a twinkle, I heard at the door
Santa’s feet coming across the porch floor.

I rose from my knees and got back on my feet,
And as I turned round, Saint Nick, I did meet.

He was dressed all in wool from his head to his toe
And his clothes were handknit from above to below.

A bright Fairisle sweater he wore on his back,
and his toys were all stuffed in an Aran knit sack.

His cap was a wonder of bobbles and lace,
A beautiful frame for his rosy red face.

The scarf round his neck could have stretched for a mile,
And the socks peeking over his boots were Argyle.

The back of his mittens bore an intricate cable,
And suddenly on one I spied a small label.

SC was duplicate stitched on the cuff,
and I asked “Hey Nick, did you knit all this stuff?”

He proudly replied “Ho-ho-ho, yes I did,
I learned how to knit when I was a kid.”

He was chubby and plump, a quite well-dressed old man,
And I laughed to myself for I’d thought up a plan,.

I flashed him a grin and jumped up in the air,
And the next thing he knew he was tied to a chair.

He spoke not a word, but looked in his lap
Where I’d laid my needles and yarn for a cap.

He quickly began knitting, first one cap then two;
For the first time I thought I’d really get through.

He put heels on the stockings and toes in some socks
While I sat back drinking Scotch on the rocks!!

So quickly like magic, his needles they flew,
That he was all finished by quarter to two.

He sprang for his sleigh when I let him go free,
And over his shoulder he looked back at me.

And I heard him exclaim as he sailed past the moon
“Next year start your knitting sometime around June!”

If your disk fills up in the middle of the night, and your database crashes and it seems like all of your Movable type entries are lost, the following command is a good one to know:

While at the Y on Tuesday I met a young man who is a freshman(fresh-person?) at Gordon College. (Go Scots!) We were having a nice conversation about the campus and professors and what-not and at one point I mentioned that I lived in Sheppard Hall.

The blank stare from the Gordon newbie was the shattering of my young innocence. I quickly realized that he had never seen Sheppard Hall. Had never made a Nunnery or Virgen Vault joke. Had never met any of the fun loving, quiet, studious, wild gals that resided there over the years. What a shame. What a loss.

I refrained from mentioning “Old Lane” or “Prince Chapel”. I didn’t want to sound like some old fogie or something!

Here’s to you, ***dear Sheppard|http://gordon.edu/about_gordon/buildings_tour/images/shepard.jpg***. You will be missed!

This evening, I completed the migration of all sites in the prwdot.org domain to a new hosting provider. For non-techies, all this means to you is that if you tried to access our site earlier tonight and got any error messages or saw broken image icons, that’s why. Everything should be back to normal now, but please do let me know if you see anything that seems to be broken.

If you’re interested in some technical details of this move, feel free to read on.
END_OF_DOCUMENT_TOKEN_TO_BE_REPLACED

If you use a Mac, continue reading this entry. If not, feel free to skip it. Either way, make sure you keep scrolling after this post to read Becky’s excellent post on The Farfarers.

I wanted to share a moment of ***Quicksilver|http://quicksilver.blacktree.com/*** Zen I had tonight. I had just downloaded a program, which was automatically uncompressed by Safari. A new window automatically opened showing the application’s icon. Then Quicksilver stepped in. I typed the first letter of the icon’s name to select it. I hit ctrl-space to bring up Quicksilver. I hit cmd-g to grab the selection from the Finder. I hit tab and typed ‘co’ to copy, hit tab again and typed ‘ap’ to select the ‘Applications’ folder. I hit return. Program copied. It might sound like a lot, but keep in mind this took just about four seconds and my hands never had to leave the keyboard.