Well, there was supposed to be a ***Boston Weblogger meetup|http://blog.meetup.com/3/events/?eventId=3946716&action=pastdetail*** at 7 p.m. tonight, but apparently we’re supposed to get some snow, so it was cancelled. It’s 8:38, and I have yet to see any snow up here in Beverly. Frankly, I think people around here get way too worked up about snow warnings. When they say that total accumulations will be 5-10 inches by daybreak tomorrow, that is not a lot of snow. Just drive safely, don’t panic, and everything will be fine. But whatever… everyone has their own threshhold for snow. I just expect New Englanders to be a bit hardier than this.

In the meantime, here are some fun photos for you.

This photo was shot looking out of our parking lot up the street. I had barely enough room to drive by their truck and the hole they had dug into the ground. I knew that when I saw the spraypaint on the road a few days ago, that trouble would be a-brewin’…

Becky and I had dinner at ***Taco Bell|http://www.tacobell.com/*** and then picked up some groceries at the Market Basket in Salem. Among the things we didn’t pick up:

Who buys this stuff? And why? (And where in Newark, NJ are there ostrich farms?)

blacklist_to_modsec 1.3 brings the ability to pull in data from the MT-Blacklist database, as well as a few other small code tweaks….
END_OF_DOCUMENT_TOKEN_TO_BE_REPLACED

When they say off-street parking, I’m not sure this is what they have in mind:

I saw this in the morning as Simon and I were leaving to work at the ***warehouse sale|http://www.christianbook.com/html/cms/general/company_events.html***. But I didn’t have time to stop, so I called Becky up on the phone to ask if she could come out and take it when she had a chance. My sick but brave wife was good enough to go outside and snap some pics of this fabulous parking job. The truck is actually parked in a guest parking space in our apartment building’s parking lot… unfortunately, the guest spaces are half-covered with snowpiles, so this person did some, shall we say, creative parking.

I have released version 1.2 of blacklist_to_modsec, my script for parsing blacklist data files and converting them into ***mod_security|http://www.modsecurity.org/*** rules.
END_OF_DOCUMENT_TOKEN_TO_BE_REPLACED

My dear wife is home sick for the third day in a row today. She has a pretty awful respiratory bug that has had her up coughing every night, and feeling crummy during the day. She finally got a decent night’s sleep last night after I got her some NyQuil, but she’s still feeling pretty rotten.

Won’t you be kind and send her some well-wishes? I’ve disabled commenting on this post, so please drop her an email or an IM directly. If you don’t know her address or screen name, you can find that information on the ***Contact Us|http://prwdot.org/contact.html*** page linked from the top left corner of ***our site|http://prwdot.org/***.

It’s hard to believe that in just two months, we’ll be able to see places like this: 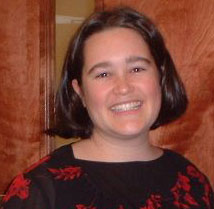 This is the pork chop that I had for dinner tonight:

Becky and I thought that it looked like New Jersey. I’d sell it on eBay, except I’ve already eaten it. It was delicious. The recipe: put frozen pork chops in slow cooker. Cover with italian dressing. Cook on low for eight hours. Yum.

Tubes of chapstick residing at the Wood household as of 2/22/05.

I seem to always find the best deals while shopping with ***Jenn|http://junefourteenth.blogspot.com***. Last time it was some cool cheap stuff at Ikea in Paramus and this time the bargins were found in the $1.00 section of Target. Now, you might think that $1.00 is pretty cheap, but we found a section that was 75% off. That’s right, foks, lots of good junk for just a quarter! So, we filled a little basket with our treasures and off we went on our merry way!

Later in the evening we hit the Loews theater for a showing of ***Ocean’s Twelve|http://oceans12.warnerbros.com/flash.html***. I must say that I enjoyed it. The cast was entertaining and there were a number of great cameos. I loved Ocean’s Eleven which was a shiny, slick, clever movie. It’s sequel felt more like a frat party and it was nice to be invited.

A very nice evening all around and made even better by the discovery on Monday morning of the current airing of “Ed” on TNT 🙂 WooHoo! Shave my Poodle!